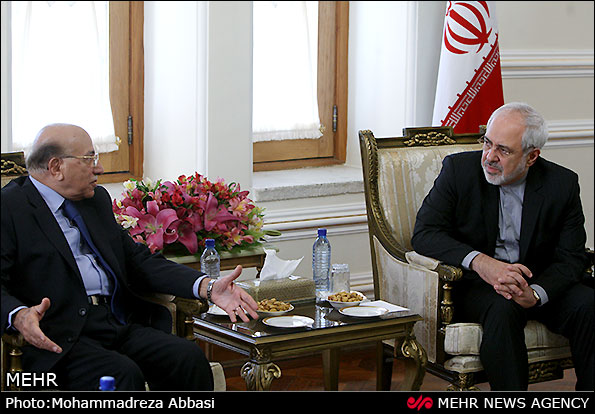 Iran’s foreign minister has congratulated the Iraqi government and nation on holding successful parliamentary elections in defiance of foreign pressure and terrorist threats.

In a meeting with the head of the Iraqi Supreme Judicial Council Medhat al-Mahmoud in Tehran on Monday, Mohammad Javad Zarif also hailed the step taken by the Iraqi people toward national unity through the April 30 vote.

Zarif said better Iran-Iraq relations will benefit the “people of both countries and the [entire Middle East] region.”

For his part, Mahmoud said the elections in his country reflected the will of the Iraqi nation.

Iraqi Prime Minister Nouri al-Maliki is expected to remain in office for a third term with his party having reportedly won a majority of the seats in the April elections.

The formation of the Iraqi government is anticipated to take months as the president and the speaker of parliament should be also selected.

Iraq is currently witnessing a wave of violence unprecedented in recent years.

Official figures show that more than 1,000 people, mostly civilians, were killed and nearly 1,400 others injured in violent attacks across Iraq in April. According to the United Nations, almost 9,000 people were killed in 2013.