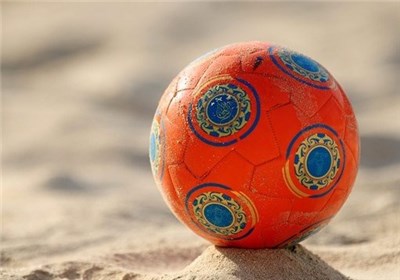 TEHRAN (Tasnim) – Iran beach soccer team will hold a training camp in Brazil prior to the 2014 Asian Beach Games, which will be held in Phuket Island, Thailand.

“Iran will hold a camp in Brazil from October 16 to 27 to prepare itself for the 2014 Asian Beach Games, which will take place from November 9 to 21 in Phuket Island, Thailand,” Paria Shahriari, head of the Department of the Iran Beach Soccer, told the Tasnim News Agency.

The team will play four or five friendlies in the camp, She added.

“Iran will also participate in the Asian Championship and World Cup qualifying, which will likely take place in Qatar in December,” Shahriari stated.

“Iran’s Beach Soccer League has started from May 8 and according to program, the players will participate three days a week in the Iran football camp and they are along with their clubs for the rest of the week,” She said.

The Iranian beach soccer team will participate in four-a-side tournament in Belarus from July 2 to 6, she said.