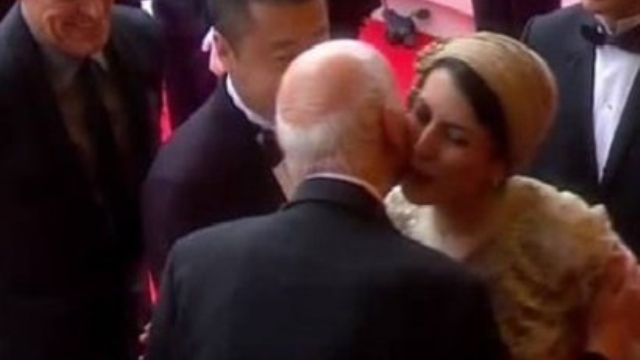 After Leila Hatami, who is serving on the Cannes jury, greeted festival head Gilles Jacob in the customary French way, a government leader condemned her for demonstrating a “bad image of Iranian women to the world.”

Iranian actress Leila Hatami, co-star of Asghar Farhadi’s 2011 Oscar winner A Separation, has become the target of outrage in her home country, after photos surfaced of her greeting Cannes Film Festival head Gilles Jacob with a kiss on the cheek, as is the French custom.

Hatami is serving as a jury member at the 2014 Cannes Film Festival. After catching wind of the kiss, the Islamic republic’s deputy culture minister, Hossein Noushabadi, accused her of maligning Iranians — especially Iranian women — with her actions and presence at the festival.

“Those who attend intentional events should take heed of the credibility and chastity of Iranians so that a bad image of Iranian women will not be demonstrated to the world,” Noushabadi was quoted as saying on the website of state broadcaster IRIB.

“Iranian woman is the symbol of chastity and innocence,” he said, adding that Hatami’s presence at the festival was “inappropriate” and not in line with the country’s religious beliefs.