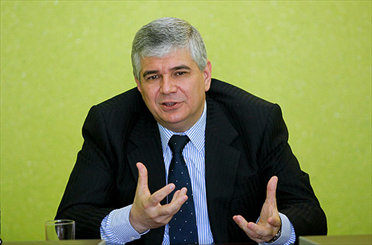 Asked about Iran, Argentina rivalry in Group F in 2014 World Cup Guillermo said that he would like to see his national team win the match with Iran, on the other hand he liked Iran as well, but he wished Iran defeats all teams unless Argentina; then both Iran and Argentina would book their place in the next round.

Mehr News correspondent also asked whether Guillermo had ever used sports diplomacy to help ties closer between the two countries and he responded that they helped with volleyball and futsal teams.