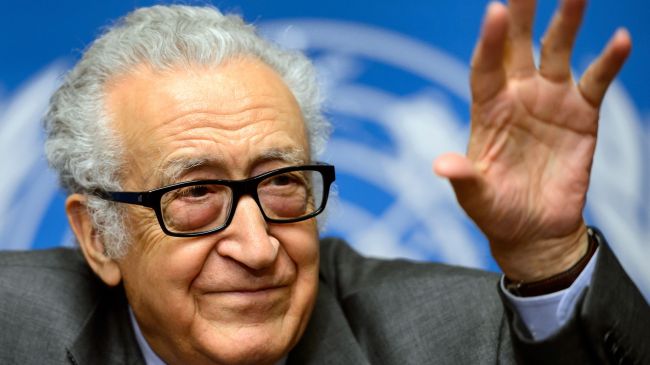 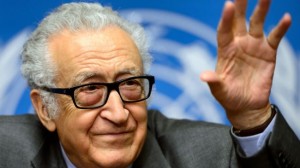 In a Sunday interview with the Washington-based al-Monitor website, Brahimi pointed to the four-point peace plan devised by the Islamic Republic to help end more than three years of Takfiri violence in Syria and said, “I think it is worth discussing it with them.”

“Discussing it (the four-point plan) does not mean taking it all as it is. But I think it is one of the elements you can discuss,” added Brahimi, who resigned from his post as the joint UN-Arab League special envoy to Syria on May 13.

Iran’s proposed peace plan stresses a political settlement to the crisis in Syria, the territorial integrity and independence of the Arab country as well as its people’s right to self-determination in a democratic election.

Brahimi once again underlined the significance of Iran’s role in any “political solution” to the ongoing turmoil in Syria and said the Islamic Republic “must be part of the solution.”

“If the Syrians are not capable of solving the problem alone, the first people who can help are the neighborhood, and definitely Iran is part of the neighborhood. So I think we have always been in favor of Iran being involved,” he stated.

Prior to his resignation, Brahimi paid a visit to Iran on March 16-17 and met with senior Iranian officials, including Foreign Minister Mohammad Javad Zarif and Deputy Foreign Minister for Arab and African Affairs Hossein Amir-Abdollahian.

On March 17, Amir-Abdollahian said Tehran would discuss the outline of the plan with the then UN-Arab League special representative for Syria before presenting it to other parties, adding it could contribute to the resolution of the conflict.

Reports say the bloody turmoil in Syria has claimed more than 150,000 lives and displaced millions of others since it erupted in the country over three years ago.

The Western powers and their regional allies — especially Qatar, Saudi Arabia and Turkey — are said to be supporting the Takfiri groups operating inside Syria.