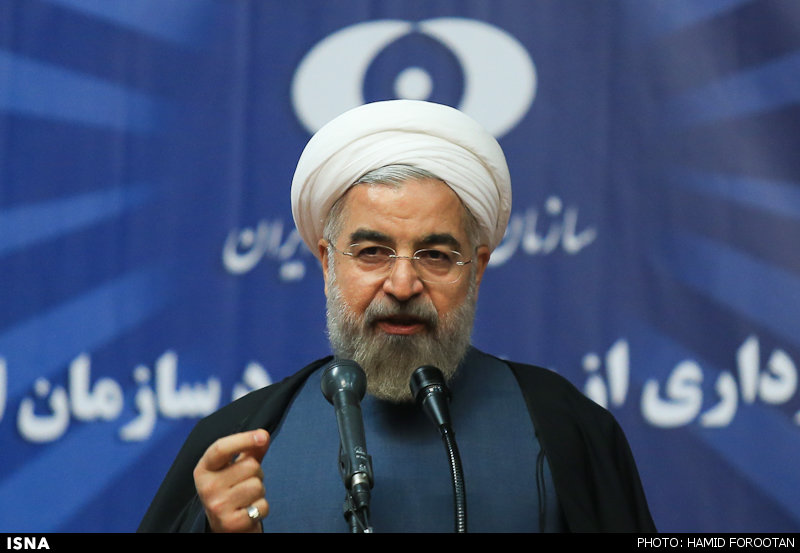 Iran’s President Hassan Rouhani said websites banned in his country including Facebook Inc. (FB)and Google Inc. (GOOG)’s YouTube are part of a “great change” that his nation should be included in as every citizen has the right to access the Internet.

In a speech at a conference on information and communication technologies in Tehran today, Rouhani said that the online world ought to be seen as an opportunity by Iran, and not something to be feared, according to Iran’s state-run Islamic Republic News Agency.

“The right of citizens to have access to international networks of information is something we formally recognize,” Rouhani was quoted as saying. “Why are we so nervous? Why don’t we trust our youth?”

Some of the world’s most visited social networking sites, including Twitter Inc. (TWTR), Facebook, YouTube and Yahoo! Inc. (YHOO)’s Tumblr are blocked in Iran. The policy was enforced in 2009 in a response to the unrest that followed the disputed re-election of Rouhani’s predecessor Mahmoud Ahmadinejad.

“Every minute we witness 1.3 million ‘likes’ on Facebook, every minute 70 hours of film are uploaded on to YouTube — that means a great change is taking place in today’s world,” Rouhani said. “The impact of this virtual world on the society, country and even on people’s lifestyles is absolutely real.”

Since coming to office in August, Rouhani, a moderate cleric who has so far led a policy of engagement and dialogue with the West in an effort to resolve an ongoing dispute over Iran’s nuclear programme, has made various statements about the need to loosen restrictions on the media, arts and people’s access to the Internet.

Hundreds of thousands of Iranians access banned social networking sites using proxy servers and VPN software, which allow users to bypass Iran’s Web filters. Rouhani himself has said that his own English and Persian language Twitter accounts are run by friends.

In his speech today Rouhani likened Iran’s approach to the Internet to the country’s past policy of banning video cameras, enforced throughout much of the 1980s and early 1990s, and the current prohibition of satellite dishes.

He said neither of these policies were or are effective and the presence of this technology had not made “faith and identity disappear.” Proponents of Internet restrictions shoudn’t try to fight advances in digital technology using “wooden sticks,” he said, urging them to instead develop “modern tools” and become actively involved in the Web.

Rouhani also said Iran had to improve its access to high-speed broadband Internet and said that the Communications Ministry will prioritize the development of third and fourth generation networks.