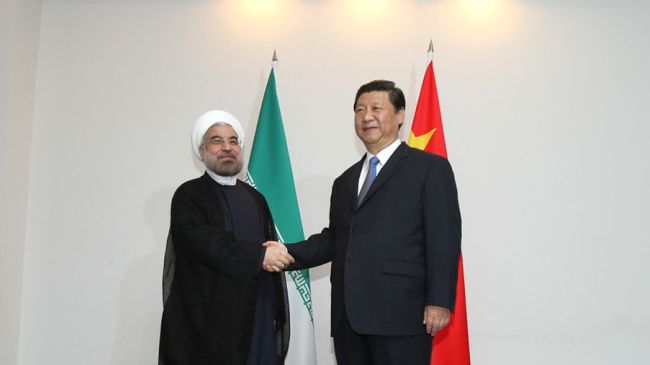 TEHRAN (FNA)- Iranian President Hassan Rouhani will meet his Chinese Counterpart Xi Jinping on Thursday during his three-day visit to Beijing where he is scheduled to attend a high-profile summit.

“President Rouhani is scheduled to meet Chinese President Xi Jinping and attend a lunch banquet at the presidential palace on Thursday,” Parviz Esmaili, head of the public relations department of Iran’s Presidential Office, said on Sunday.

Esmaili said that President Rouhani, who will leave Tehran for Shanghai on Tuesday, is scheduled to address the fourth summit of the Conference on Interaction and Confidence Building Measures in Asia (CICA) on Wednesday.

“The Iranian president is likely to hold a number of bilateral meetings with other heads of state on the sidelines of the event as requests have been made by other world leaders to meet with President Rouhani during his visit to China,” Esmaili said.

After a press conference on Thursday, Rouhani will wrap up his visit and return home.

The fourth CICA summit is scheduled to be held from May 20 to 21.

China has been elected as the president of the CICA for the period from 2014 to 2016.

The CICA is an international forum for strengthening cooperation to ensure peace, security and stability in Asia.

The idea of the CICA was first announced by President of Kazakhstan Nursultan Nazarbayev at the 47th UN General Assembly session October 5, 1992.

The observer member-states are Bangladesh, Indonesia, Japan, Malaysia, the Philippines, Qatar, Sri Lanka, Ukraine and the US.

The Arab League and the Organization for Security and Cooperation in Europe (OSCE) are also international observer organizations.