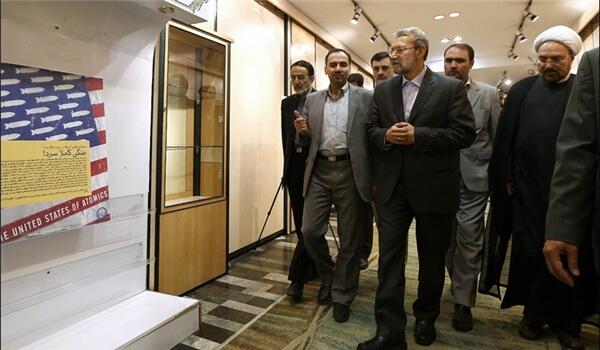 TEHRAN (FNA)- An exhibition on the US crimes and Human Rights violations opened at the Iranian Parliament building here in Tehran on Sunday.

A sum of 100 documents on US crimes and Human Rights violations throughout the world have been showcased at the exhibition.

The exhibition has been organized by Habilian Association — an NGO formed of the families of 17,000 victims of terrorism in Iran.

The exhibition will last until May 21 at the Exhibition Center of the Iranian Parliament.

On January 27, Iran’s Basij (Volunteer) Force released a comprehensive report on the violation of human rights by the US inside the country and abroad.