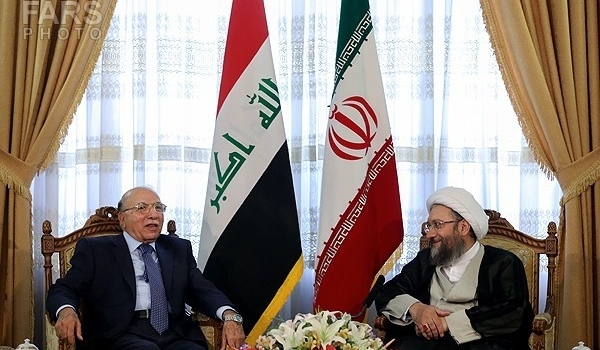 The two Judiciary officials discussed relations between the two countries and other issues of mutual interest in their today meeting.

During his four-day visit to Iran, Al-Mahmoud is scheduled to confer with other high ranking officials, including President Hassan Rouhani and Parliament Speaker Ali Larijani, as well.

Al-Shammari, for his part, hailed Iran’s determination to support the Iraqi stability and security as well as the democratic process.

During the meeting, the Iranian and Iraqi justice ministers signed a memorandum of understating (MoU) on extradition of prisoners.

According to the agreement, the Iranian and Iraqi justice ministries will set up a joint committee at the earliest to examine the situation of the prisoners and prepare the ground for their extradition.