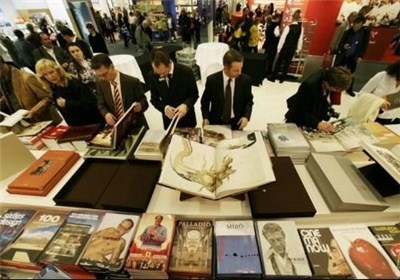 TEHRAN (Tasnim) – An Iranian cultural official said the country seeks to appear in the Frankfurt Book Fair, preferably as a Guest of Honor, and added that Tehran held consultations with the German authorities to that end.

Amir Massoud Shahramnia, an official with Iran’s Cultural Fairs Institute, told reporters that he has held negotiations with the Frankfurt Book Fair authorities to strengthen the country’s presence in the globally-renowned exhibition.

Shahrmania said he launched talks with the director of the Middle East division of Frankfurt Book Fair while the German official was in Tehran to visit the 27th Tehran International Book Fair.

The negotiations focused on “Iran’s more serious presence” in Frankfurt show, he noted, adding that he has also pushed for Iran’s appearance as a Guest of Honor in the cultural fair.

The Frankfurt Book Fair is the biggest book and media trade fair in the world, with around 7,500 exhibitors from over 110 countries and about 300,000 visitors each year.

It is also the world’s oldest publishing event and plays a significant role in the global publication industry.