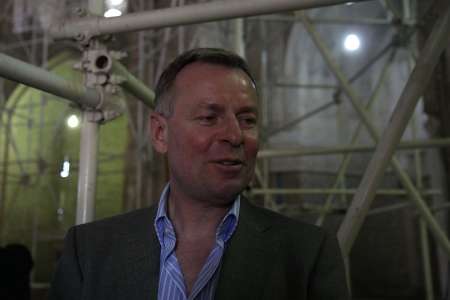 Tehran, May 18, IRNA – Iran is a great country with a rich culture, said Austriaˈs Ambassador to Tehran, Friedrich Stift.

Speaking in the 9th national festival of local types of potage in Zanjan, Stift said that Iranian people are very friendly and hospitable.

Iran has great tourism potentials and its culture should be promoted in the world.

The festival opened Friday in the northwestern province of Zanjan and it will continue till Tuesday.

Twenty other countries are displaying their cooking customs during the event.

The Iranian provinces taking part in the festival are also offering their local costumes and traditions to the visitors.