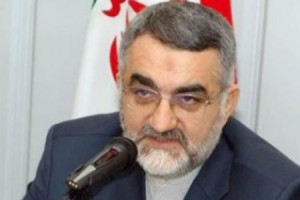 A senior Iranian MP says the US prevented the latest round of nuclear talks between Iran and the P5+1 from bearing fruit, adding the US will turn out to be the ultimate loser.

“The US should know that if the talks do not ultimately achieve a result, the Islamic Republic will continue its logical policies on the development of nuclear technology within the framework of the Non-Proliferation Treaty (NPT) and regulations of the [International Atomic Energy] Agency (IAEA),” said Chairman of the National Security and Foreign Policy Committee of Iran’s Majlis Alaeddin Boroujerdi on Saturday.

“In practice, the US will be the main loser regarding [any] failure of talks, because the Americans were the key element that prevented this round of talks from bearing fruit,” he added.

The lawmaker hailed the firm position of the Iranian negotiating team in upholding the Iranian nation’s nuclear rights.

“Not only did the negotiating team of our country not yield to the excessive demands of the US, it also defended the positions of the Islamic Republic with strength and the policy should continue in the future as a permanent policy,” Boroujerdi pointed out.

Iran and the five permanent members of the United Nations Security Council — the United States, Britain, France, China and Russia — plus Germany wrapped up their fourth round of the high-level nuclear talks in Vienna on Friday.

Iran says there has been no tangible progress in writing the draft text of a comprehensive agreement over the country’s nuclear energy program.

“We will have one or two more rounds of talks in June. Talks will continue,” Iran’s Deputy Foreign Minister for Legal and International Affairs Seyyed Abbas Araqchi, who doubles as a top Iranian nuclear negotiator, said at a news conference on Friday after the end of the talks.

Iran and the six countries have been discussing ways to iron out differences and start drafting a final deal that would end the West’s dispute with Iran over the country’s nuclear energy program.

In November 2013, the two sides signed an interim nuclear deal in the Swiss city of Geneva that came into force on January 20 this year.