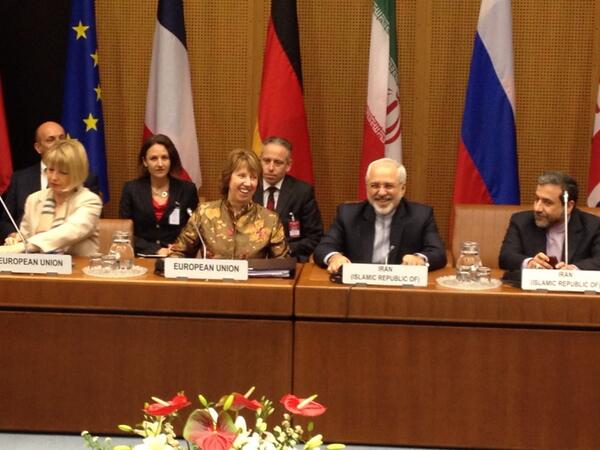 (Reuters) – Iran and six world powers made little progress this week in talks on ending their dispute over Tehran’s nuclear program, U.S. and Iranian officials said on Friday, raising doubts over the prospects for a breakthrough by a July 20 deadline.

After three months of mostly comparing expectations rather than negotiating compromises, the sides had intended to start drafting a final agreement that could end more than a decade of enmity and mistrust and dispel fears of a wider Middle East war.

“We believe there needs to be some additional realism,” a senior U.S. official said on condition of anonymity, declining to provide details on what issues had caused the most difficulty. “Time is not unlimited here.”

“In any negotiation there are good days and bad days, there are ups and downs, this has been a moment of great difficulty but one that was not entirely unexpected,” the official added. “We are just at the beginning of the drafting process and we have a significant way to go.”

This fourth round of negotiations in the Austrian capital began on Wednesday and ended on Friday.

The U.S. official said the Vienna talks would resume at an unspecified date in June and that all parties wanted to adhere to their July 20 deadline for completing a deal that would curb sensitive parts of Iran’s nuclear program in exchange for a gradual lifting of sanctions.

“This has, candidly, been a very slow and difficult process and we are concerned with the short amount of time that is left,” the U.S. official added. “But let me be very clear: we believe we can still get it done.”

Another Western official agreed it was possible to reach a deal by July 20 but added that the six powers expected more from Iran. “On some issues we would have probably expected a little bit more flexibility on their side,” the official said.

For the first time since the six powers and Iran began negotiating on a long-term deal in Vienna in February, European Union foreign policy chief Catherine Ashton, who speaks on behalf of the six powers, and Iranian Foreign Minister Mohammad Javad Zarif chose not to appear for a joint news conference.

The six powers want Iran to agree to scale back uranium enrichment and other sensitive nuclear activity and accept more rigorous U.N. inspections to deny it any capability of quickly producing atomic bombs, in exchange for an end to sanctions.

Tehran denies having any such underlying ambition, saying its nuclear program is for only for power generation and medical purposes.

Both sides made clear the talks were an uphill struggle.

“The talks were serious and constructive but no progress has been made,” Iranian Deputy Foreign Minister Abbas Araqchi told reporters at the end of the between Iran and the United States, France, Germany, Britain, China and Russia.

“We have not reached the point to start drafting the final agreement.”

The U.S. official, who declined to be named, said earlier: “Iran still has some hard decisions to make. We’re concerned that progress is not being made and that time is short.”

The U.S. and Iranian statements might be designed in part to raise pressure on the other side but they also betrayed deep differences that must be overcome to clinch a final accord.

Still, the atmosphere remained businesslike enough for Iranian-U.S. bilateral talks that lasted over two hours. Such meetings, once almost unimaginable, have become more common as the foes have sought to re-establish official communications channels closed since Iran’s 1979 Islamic Revolution.

Diplomats have disclosed that some headway was made during the previous three rounds on one of the thorniest issues – the future of Iran’s planned Arak heavy-water reactor. The West worries it could prove a source of plutonium for nuclear bombs once operational but Iran has offered to alter its configuration so that any plutonium output would be minimal and insignificant.

But diplomats say positions remain far apart on the issue of pivotal concern for the West: Iran’s capacity to refine uranium, which can be used to generate electricity but also, if processed to a high degree, provides material that detonates an atom bomb.

The Islamic state says it wants to expand the number of centrifuges it has refining uranium, maintaining that it needs them to fuel a future network of nuclear power stations.

That is unacceptable for the United States and its allies, concerned that the same activity can be put to building bombs. They want Tehran to instead significantly reduce the number of centrifuges – roughly 10,000 – it now operates.

Iran rules out shutting any of its nuclear facilities, which it regards as synonymous with national pride and achievement. Its priority for any deal is an end of international sanctions that have severely damaged its oil-reliant economy.

Other big points of contention include the duration of any limitations of Iran’s atomic activities and the speed of lifting sanctions, as well as whether any agreement should cover the future scope of its ballistic missile program.

On Wednesday, the U.S. delegation made clear that it wanted to discuss both Iran’s ballistic missile program and possible military dimensions of its past nuclear research.

But Iranian Foreign Minister Mohammad Javad Zarif merely laughed and ignored the remarks, according to an Iranian official present. An American official declined to comment, but referred to remarks from a senior U.S. official this week, who said “every issue” must be resolved.

Shadowing the background of the talks have been threats by Israel, widely believed to have the Middle East’s only nuclear weaponry but which sees Iran as a existential threat, to attack Iranian nuclear installations if it deems diplomacy ultimately futile in containing Tehran’s atomic abilities and potential.

Israel on Friday cited a U.N. Panel of Experts report obtained by Reuters that said Tehran was pressing ahead with its ballistic missile program in violation of U.N. sanctions.

U.S. President Barack Obama has not ruled the last-ditch option of military action either. Iran says it would hit back hard if it were attacked.