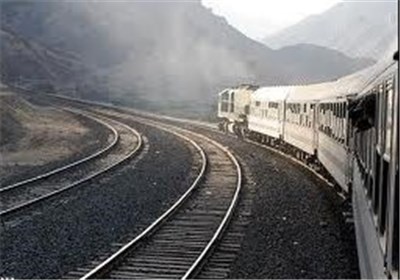 Minister: Investment for Iran-Europe railway to be provided soon 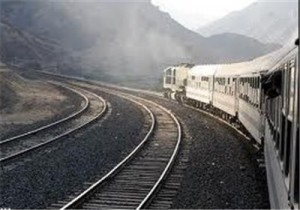 Tehran, May 16, IRNA – Minister of roads and rural development said here Friday that provision of required investment for quality improvement of Tabriz-Miyaneh railway, which links Iran and Europe, will be finalized soon.

Abbas Akhoundi who was visiting a phase of the construction project of Tabriz-Miyaneh double-railway reiterated that the project is aimed at boosting the Iran-Europe transit route.

ˈThe construction work for the base of the 180 kilometers out of the 200 Km double-railway is now underway and the arrangements for beginning the construction of the remaining 20 kilometers, too, have been made,ˈ said the minister.

The roads and rural construction minister said that the improved double-railway can be converted into an electrical one, in which case the speed of the trains using it can increase up to 200 Km/hour.

ˈA commission is established to delete the bureaucratic process for provision of the required monetary assets of this project and presently we are engaged in provision of a finance deal for the purpose, which we hope will be finalized in the summer and that will accelerate the process of implementing this project,ˈ said Aknoundi.

There are nine train stations in this railwayˈs route and once the quality improvement process of it will be completed it will be capable of carrying three million metric tons of goods and 4.5 million passengers each year.

Some 15 million passengers travel en route Tehran-Tabriz route, 94 percent of whom use the road vehicles, 4% take the planes, and only 2% take the train presently.

The current length of Tehran-Tabriz road is 597 kilometers and its railroad is 736 kilometers long.

Iran is a huge country with extended arid and desert plains. Settlements are concentrated in areas where abundant water is available, with distances of hundreds of kilometers between the major cities. According to this pattern railways offer mainly long distance connections, with usually at least one overnight train per line and a few daytime connections on some lines. Some relations are not served every day but two or three times a week.

All connections are structured to be direct. This means you will not have to change at any station during your travel (and you hardly will find any timetable permitting changes). Local or regional service has been introduced in the last decades but it is available only in few areas. Never expect to take a train to cover a distance of just 50-80 kilometers except in urban regions. On long distances railway is often the fastest available land transport, better than road connections and of course safer and more environmental friendly.

With up to 500 km of new lines per year Iranˈs railway has one of the quickest growing networks in the world. Many new destinations have been added since the last few years and new services have been introduced on existing lines. By 2015 Iran expects to reach every regional capital by rail. New lines are under construction to Rasht on the Caspian Sea, Hamedan, Sanandaj, Kermanshah and Oroumiyeh.

A high-speed line to Isfahan and a new, faster line between Miyaneh and Tabriz are nearly completed. Electrification of the main line between Tehran and Mashhad has started where trains are now able to travel at 200 km/h.