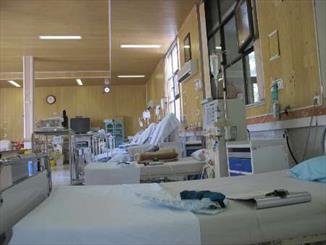 TEHRAN, May 17 (MNA) – Inventors in Iranian Research Organization for Science and Technology IROST have developed the fifth-generation hemodialysis apparatus fulfilling the 2013 and 2014 global standards.

Unofficial estimates indicated that dialysis costs annually a sum of US $ 219m for Iranians. The manager of the project told Iran’s state news agency IRNA that the early attempts to develop dialysis apparatus traced back to early 1990s. “During recent years, we worked to improve the apparatus and this is the fifth generation,” said Manuchehr Eqbal, “the research model has been developed and the technical now-how would be transferred to eligible private producers.”

Eqbal, who is a senior member of Medical Engineering group, Electrical and information technology Research Institute, told that international sanctions had also hit the import of the dialysis apparatus and spare parts, making it more expensive to import.

“Hospitals and clinics need 1800 dialysis apparatuses, and this is increasing thanks to the increasing number of diabetics and the wearing out of the current apparatuses,” he added.

Mohammad Reza Ganji, the head of Iranian Society of Nephrology had said that 24,000 patients needed daily dialysis and 31,000 others had kidney transplant operations.