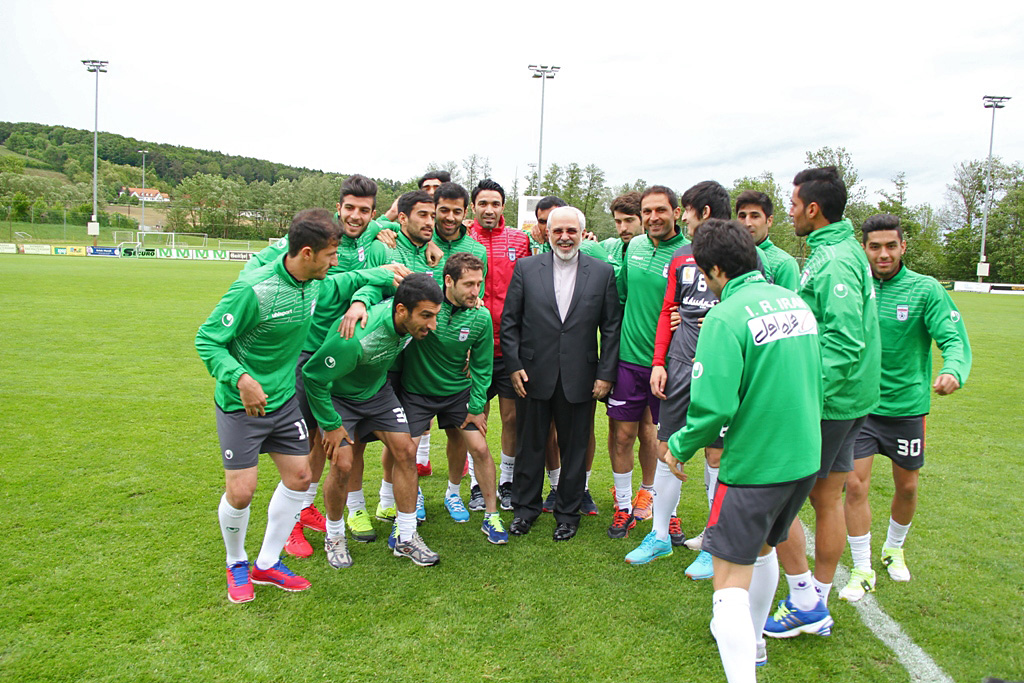 Zarif met with the members of the Iranian National Soccer team and its coach and wished the squad all the best and a brilliant success in the FIFA 2014 World Cup in Brazil.

Manager of the team briefed the foreign minister on its past performance and outlined the programs and plans being pursued by the team to achieve a remarkable result during the world matches.

National Iranian soccer team secured its place at the FIFA 2014 World Cup in Brazil after recording a 1-0 victory against South Korea in June 18, 2014.

National Iranian football team has been drawn with soccer powerhouse of Latin America, Argentina, the Giant of Africa, Nigeria, and Bosnia and Herzegovina in Group F of the 2014 FIFA World Cup in Brazil.