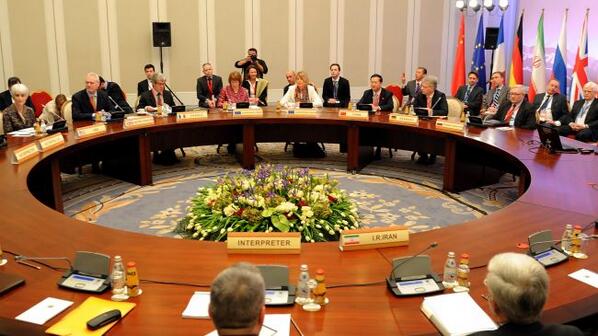 (Reuters) – A senior U.S. official expressed concern on Friday about a current lack of progress in negotiations between sixworld powers and Iran over Tehran’s disputed nuclear program, speaking on the expected last day of a May 13-16 meeting.

“Talks have been slow and difficult,” the official said, declining to be named. “Significant gaps remain. Iran still has some hard decisions to make. We’re concerned that progress is not being made and that time is short.”

This week’s talks are the fourth round of negotiations between Iran and the powers – the United States, France, Germany, Britain, China and Russia – with the goal of a long-term deal by a self-imposed July 20 deadline.

The powers want Iran to scale back uranium enrichment and other sensitive nuclear work to deny it any capability to quickly produce atomic bombs. Iran rejects accusations of covertly seeking to develop the means and expertise to assemble such weapons, saying it is after solely civilian atomic energy.

The Islamic Republic says it wants to expand the number of centrifuges it has refining uranium, maintaining that it needs them to fuel a planned network of nuclear power stations.

That is unacceptable for the United States and its allies, which worry that the same activity can be put to building bombs and want Tehran to instead significantly reduce the number of centrifuges – roughly 10,000 – it now operates.

A senior Iranian negotiator, Abbas Araqchi, also described the talks as difficult. “All the parties involved in the talks have good will,” he was quoted as saying by Iran’s Fars News Agency. “But the talks have entered a very difficult stage.”

However, “despite the slow pace of the talks, the atmosphere is good,” Araqchi said. An interim deal was struck in November that saw Iran shelves higher-grade enrichment in exchange for some sanctions relief, but this arrangement expires in July.