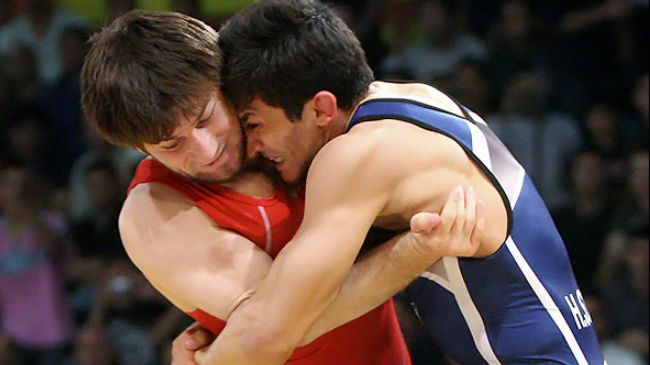 On Friday, the Iranians overpowered their Russian counterparts 6-2 at Shohaday-e Haftom-e-Tir Sports Hall in Tehran.

Leader of the Islamic Revolution Ayatollah Seyyed Ali Khamenei sent a congratulatory message, heaping praise on the Iranian wrestlers for bringing happiness to the Iranian nation.

The 2014 World Cup of Greco-Roman wrestling opened in Tehran on Thursday and wrapped up on Friday. A total of 10 teams participated in the two-day competitions.

Iran was drawn in Group B along with Azerbaijan, Armenia, South Korea and Finland. Group A consisted of defending champion Russia, Hungary, the United States, Turkey and Kazakhstan.