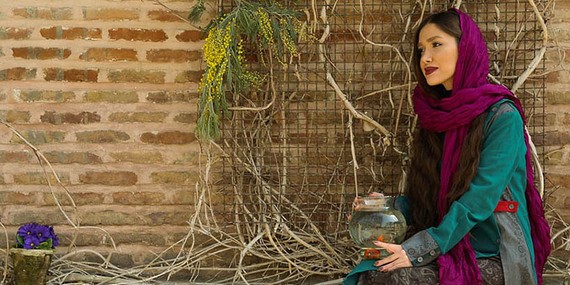 Vahdat Hall, originally called Roudaki Hall and built for artistic performances, was a prominent venue for major concerts and plays over the years. This year, however, on the occasion of spring and Nowruz, the Iranian new year, it became the site for a different type of event: the Fajr Fashion Festival.

For quite some time, clothing items have been presented at an annual, year-end exhibition to make purchasing them easier for middle- and lower-class families in anticipation of the new year. People would, at times, have near-death experiences from pushing and being pushed, to grab the last of the dresses, manteaus and scarves. This year, such exhibitions were more expansive, held in 400 venuesthroughout the country, with 35,000 manufacturers selling their products, including clothing items and Nowruz goods, such as nuts and delicate cookies traditionally served during spring visits to people’s homes.

With this year’s events, the clothing industry in Iran has turned over a new leaf, presenting a hipper style. Most middle-class Iranians could afford to buy clothes from the exhibition held in Vahdat Hall this year, although it was tough for some families’ budgets. Festival fans say they were able to purchase clothes below wholesale prices.