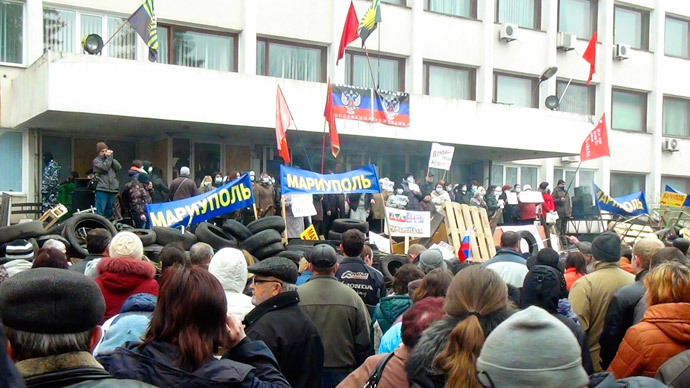 The prevailing crisis in Ukraine following a US-backed coup will remain a stain on the reputation of Western governments, an analyst writes in a column for the Press TV website.

“The killings in East Ukraine by sending in the Right Sector thugs to do the dirty work will be remembered as an example of Western moral bankruptcy,” Jim W. Dean wrote.

He stated that the US Central Intelligence Agency (CIA) and the coup government in Kiev organized a “stupid anti-terror operation” which led to dozens of deaths in the southern city of Odessa on May 2.

Dean described the status quo in Ukraine as “a disgraceful episode” for the Western governments, adding, “Some political careers deserve to be destroyed for their ill-planned and motivated failure. It was a criminal plan.”

The analyst said the Western governments “have made fools of themselves” in the eyes of people.

Dean said the Western governments are stoking up tensions in Ukraine to vent their frustration against Russia following Crimea’s “bloodless” secession from Ukraine in March.

“They (the West) want to keep tensions high and try to get through to an elected new government where they expected that their killer coup would then be forgotten,” he wrote.

The eastern Ukrainian regions of Donetsk and Lugansk declared independence on May 12 following a referendum.

Ukraine’s acting President Oleksandr Turchynov has slammed the referendums, calling them a “farce without any legal basis.”