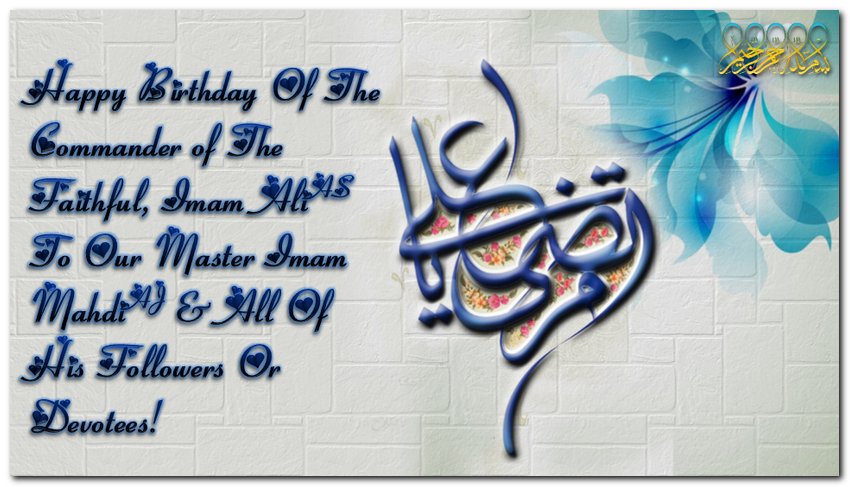 TEHRAN, May 13 (MNA) – Iranians celebrate National Fathers’ Day on 13 Rajab (7th month of Hegira calendar) on the anniversary of birth of Imam Ali (as) the first Imam of Twelver Shiites.

The day was designated by the government and entered the calendar as the National Fathers’ Day out of respect for the Twelver Shiites’ first Imam. It is a day to honor the place of fathers in the family and to celebrate the prestige of fathers in the Islamic Republic of Iran.

Imam Ali (as), among the first believers in Prophet Mohammad’s message of Islam, is among his most famous Companions. Shiites believe that inHajjatulvida (Prophet’s last Hajj pilgrimage), the Prophet appointed Ali ibn Abi Talib, his son-in-law and cousin, as his Caliph and Imam (since Shiites believe in Imamat, the leadership of Muslims bestowed on Imams indirectly by God), though it is highly debated by Sunni scholars of Islam, whether the Prophet meant merely support and love for his family or he intended a political and spiritual leader for the Umma. However, Sunnis honor and respect Ali (as) as Muslims’ fourth Caliph, among the famous four orthodox caliphs of early Islam.

By the criterion of proximity to the Prophet, as Sunni histories had admitted, Ali (as) was the best character for Caliphate of the Prophet Mohammad. He was a forerunner in accepting Islam and it was he who saved the Prophet’s life in critical times when he slept in Prophet’s bed in Mecca, while the Prophet himself was out for Medina, and thus theQuraysh assassins found Ali (as) and not Mohammad (sa) in the place only to sink into despair as the mission failed.