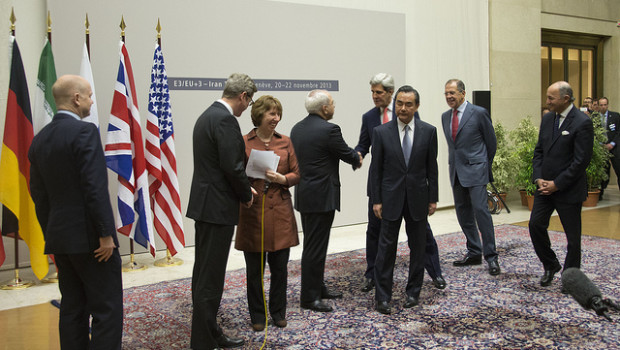 Iran and the P5+1 group are preparing to start a new round of talks over the Islamic Republic’s nuclear energy program.

The fresh negotiations between Iran and the six world powers will open in the Austrian capital of Vienna on Tuesday with Iran’s Foreign Minister Mohammad Javad Zarif and the European Union’s foreign policy chief Catherine Ashton attending a working dinner banquet.

The negotiations will then continue between the representatives of Iran and the five permanent members of the UN Security Council – the United States, China, Russia, France and Britain – plus Germany from Wednesday to Friday.

This round of the negotiations is believed to be the most sensitive stage in the talks as negotiators are set to begin drafting the text of a comprehensive agreement aimed at fully resolving the decade-old dispute between the West and Iran over the latter’s nuclear energy program.

The Iranian negotiating team, which is led by Zarif, headed to Vienna on Tuesday.

Iran and the p5+1 are working to hammer out a comprehensive deal following the interim accord that was reached on November 24, 2013 and went into force on January 20 this year. Under the Geneva deal, the six countries undertook to provide Iran with some sanctions relief in exchange for the Islamic Republic agreeing to limit certain aspects of its nuclear activities during a six-month period.