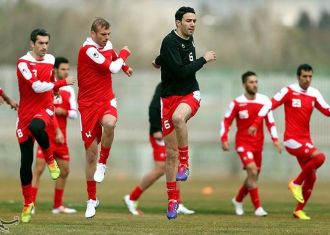 Iranian footballers off to Austria for warm-up friendlies

Tehran, May 12, IRNA – Iran’s National Football Team left Tehran for Vienna, Austria, on Monday morning for warm-up and preparatory games in the camping.

Upon arrival in Vienna, the Iranian footballers were welcomed by Iranian Embassy officials, and were applauded by the football fans on their way to Falkensteiner Hotel in Waltersdorf.

Vienna is about two and half hours and 180 kms from the residence of Iranian national team players.

The Iranian team will in its first friendly match face Belarus on May 18.

The Iranian footballers will play teams of Montenegro and Angola on May 26 and May 30 respectively.

The Iranians will for three weeks be trained in Austria by their head-coach Carlos Queiroz.