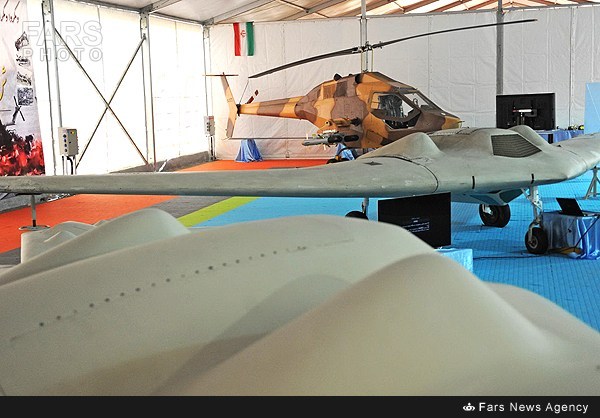 Iran has unveiled a domestically produced version of a sophisticated US drone it captured back in 2011.

Other Iranian drones, including Shahed 129 and 125, were also on display at the exhibition.

The expo put on display the achievements of the IRGC Aerospace Forces in the design and development of drones, radars and defense systems as well as anti-ship, ballistic and anti-shield missile systems.

The US RQ-170 Sentinel was reverse-engineered by IRGC experts in about two years.

The RQ-170 is an unmanned stealth aircraft designed and developed by the Lockheed Martin Company.

The aircraft was downed with minimal damage by the Iranian Army’s electronic warfare unit on December 4, 2011, while flying over the Iranian city of Kashmar, some 225 kilometers (140 miles) from the Afghan border.

At the time, US military officials tried to play the incident down, saying Iran did not have the technology to decipher its secrets.

Iran later released decoded video recordings obtained from the stealth drone. The recordings have been made by the drone’s underbelly camera, and include views from the area surrounding the Kandahar base, about 420 kilometers from Iran’s eastern borders in Afghanistan, as the drone is about to land.