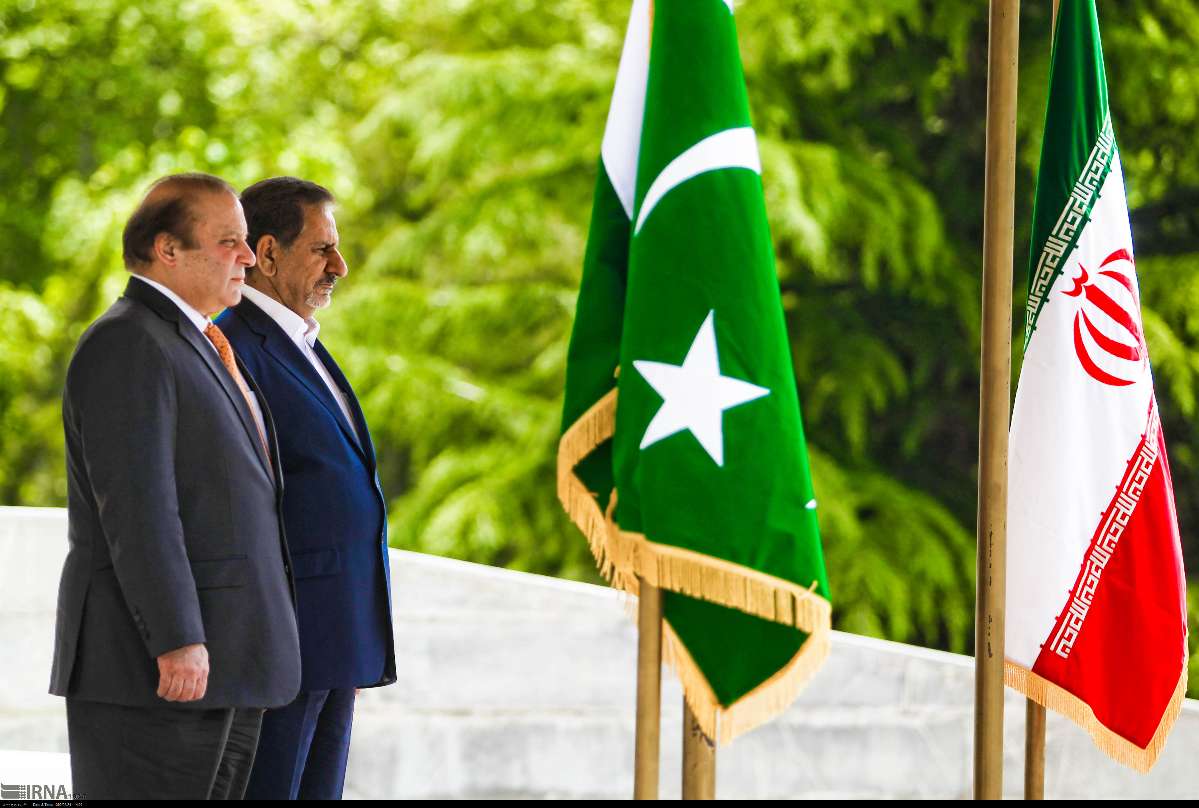 Iran and Pakistan have signed nine memorandums of understanding to promote cooperation between the two countries.

The documents were signed during a meeting between Iran’s First Vice President Es’haq Jahangiri and Pakistan’s Prime Minister Nawaz Sharif in Tehran on Sunday.

According to the MoU, the two sides agreed to set up a joint committee on border issues. They also agreed to boost cooperation in their fight against terrorism, drugs smuggling and money laundering.

During the meeting, Jahangiri urged Islamabad to fulfill its commitments regarding the multi-billion-dollar gas pipeline, projected to carry natural gas from Iran to Pakistan.

Sharif, for his part, highlighted the significance of the project and said his country welcomes multilateral cooperation in oil and gas sectors.

After signing the documents, the Pakistani premier held talks with Iranian Foreign Minister Mohammad Javad Zarif to discuss ways for expanding ties between the two countries.

In an earlier meeting with the Pakistani premier, Iranian President Hassan Rouhani said that Iran and Pakistan can counter terrorism in cooperation with other regional countries.

“All regional and Arab countries must believe that the presence of terrorist groups will not help peace, stability and the interests of any country,” he added.

He said that Iran and Pakistan enjoy great capacities to boost cooperation in their border regions.

Heading a high-ranking delegation, Sharif arrived in Tehran on Sunday for an official two-day visit.

Sharif’s visit to Tehran is his first since the formation of new governments in the two neighboring countries.