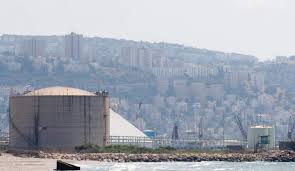 Sherimoqaddam said Iran has removed the hurdles and attained the technology for manufacturing ammonia.

He made the remark on Monday after an agreement was signed to commercialize Iran’s indigenous ammonia production know-how.

Based on the deal, Iran’s Lavan Chemical Company received a license from the Petrochemical Research and Technology Co and the HAMPA Energy Engineering and Design Co for production of Ammonia with a daily capacity of 2050 tons.

Ammonia is made from natural gas. It is mainly used in crop production as well as household goods.

The Islamic Republic, which holds the world’s third-largest proven oil reserves and the largest natural gas reserves, is determined to become the biggest petrochemical producer in the Middle East.

The country has significantly expanded the range and volume of its petrochemical production over the past few years.