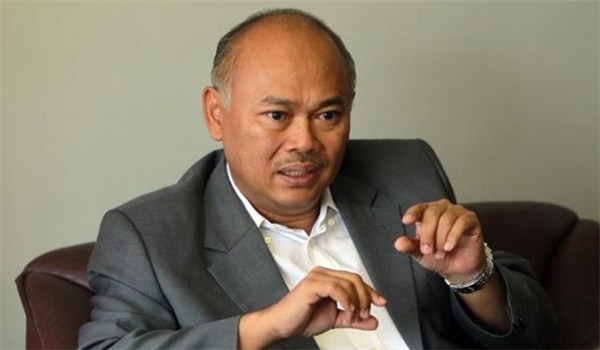 TEHRAN (FNA)- Indonesian Ambassador to Tehran Dian Wirengjurit disclosed that the US embassy in Jakarta has attempted to prevent Indonesian traders’ visit to Iran.

“A 15-strong group of Indonesian businesspersons were due to visit Tehran to study the trade opportunities but a number of them (7 people) canceled their trip after being threatened by the US embassy staff, although the other members of the delegation traveled to Iran,” Wirengjurit told FNA on Monday.

“When I asked the 7 people about the cause of the cancelation, they said just before heading to Iran, a group of US embassy diplomats in Jakarta held a meeting with them at Indonesia’s Chamber of Commerce and warned them that they would lose trade opportunities with the US, if they traveled to Iran,” he added.

Wirengjurit said 8 other delegation members decided to visit Iran only after they contacted the Indonesian embassy in Tehran and were ensured by him that the allegations made by the US diplomats in Jakarta were untrue.

Late in January, Iranian and Indonesian officials, in a meeting in Jakarta, underlined the need for the further expansion of mutual cooperation in the field of modern energy resources.

Also in February, Head of Iran’s Chamber of Commerce Gholam-Hossein Shafeyee announced that Iran and Indonesia planned to launch a joint chamber of commerce in the near future.“As per our agreement, the offices of Iran-Indonesia Joint Chamber of Commerce will be opened in both in Tehran and Jakarta soon,” Shafeyee said, addressing a meeting with Indonesian businessmen and industrialists.

He stressed that Iran and Indonesia should boost their mutual cooperation in regional and exports fields as well as their cooperation with the regional countries such as the Association of Southeast Asian Nations (ASEAN) and the Economic Cooperation Organization (ECO).

The US has been seeking hard to dissuade other countries from expanding trade, investment and economic cooperation with Iran.

But, many world countries, including the US allies, have been sending state and private sector delegates to Iran to explore ways of expanding trade ties and exchanges irrespective of the US sanctions.

European companies are making increasing demands for cooperation with Iran after Tehran and the world powers struck a deal in November which removes sanctions against the country.

Many European countries, including France, Germany and the Netherlands, are planning to enhance their economic relations with Iran, a business powerhouse in the Middle East region, as sanctions imposed against Tehran are partially suspended, AP reported.

“Optimism is predominating that there has finally been something of a relaxation in political relations and therefore in business possibilities,” Head of Trade Relations at the Association of German Chambers of Commerce Volker Treier said late in January.

Dutch ambassador to Iran Jos Douma held a similar meeting in the Netherlands in January to discuss the terms of cooperation between Tehran and the Dutch companies which are eager to return to the Iranian market.

Late in April, Austria’s Visiting Foreign Minister Sebastain Kurz said he is unhappy with the harms that European, specially Austrian, companies have sustained due to the sanctions against Iran, and hoped that the talks between Tehran and the world powers would result in the removal of these embargos.

“It is completely clear that we, as a member of the EU, sustain loss due to the sanctions and the Austrian companies also have the same idea,” Kurz said in a joint press conference with his Iranian counterpart Mohammad Javad Zarif in Tehran on Sunday.

He referred to the ongoing talks between Iran and the Group 5+1 (the US, Russia, China, Britain and France plus Germany), and said, “We are pleased that this positive trend has been created and we hope that the final agreement will be reached by the end of July.”

Kurz ensured that once a comprehensive deal between Iran and the world powers is cut, the sanctions would be annulled, stressing that Austrian companies are ready to strengthen economic relations with Tehran.