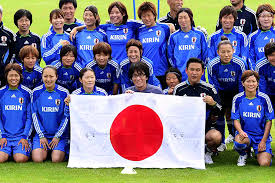 May 11 (Reuters) – Japan’s hopes of advancing to the second round of the World Cup in Brazil rely on manager Alberto Zaccheroni’s ability to tighten up the side’s talented-yet-leaky defence, according to former Iran boss Afshin Ghotbi.

Japan’s 2-2 draw with Netherlands followed by a 3-2 win over Belgium in November friendlies have convinced Ghotbi that the Blue Samurai are a force to be reckoned with going forward but that goal threat is hampered by a lack of solidity at the back.

“Does Japan have a good chance at the World Cup? Of course, because Japanese football is the best in Asia,” the Shimizu S-Pulse coach told Kyodo news agency.

“The question is, how will the goalkeepers and defenders do playing at the World Cup level? In my opinion, they are not at the level they need to be.

“…when you talk about the attacking part, Japan have the quality. If they play like they did against the Netherlands and Belgium, they have a great chance,” the 50-year-old added.

Zaccheroni will name his squad on Monday and there was good news for the Italian as regular captain Makoto Hasebe returned from knee surgery to play his first game in nearly five months in Nuremberg’s relegation-sealing 4-1 defeat at Schalke in the Bundesliga on Saturday.

Ghotbi suggested Japan – pooled in Group C with Ivory Coast, Greece and Colombia – should persist with the strategy that worked for them in the 2010 World Cup in South Africa.

“Japan defended as a unit in midfield, keeping it compact and playing the quick counterattack and short counters. They were very effective; that’s probably what Zaccheroni will do,” added Ghotbi, who coached Iran from 2009-11.

“But if teams play vertical and aim for the box, there’s going to be problems for Japan – and they should, if they do their homework.”