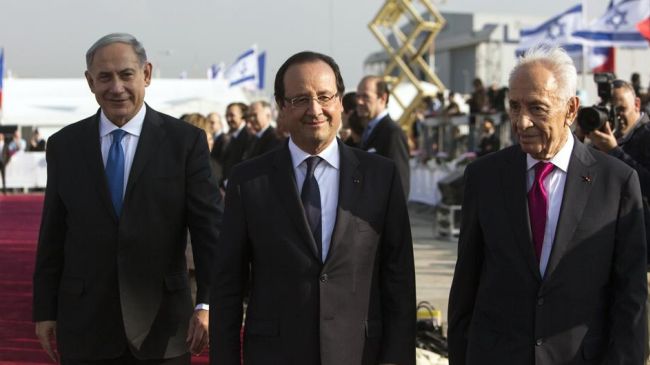 An interview with Pirooz Izadi, an expert on European affairs

There have been reports that France is making efforts aimed at the failure of the upcoming election in Syria. It is said that France’s intelligence organization has given anti-aircraft missiles to the Syrian opposition with Saudi money. What is the benefit for France if the election is not held?

Apparently, Bashar Assad is supposed to be a candidate in this presidential election and France has always expressed its opposition with regard to this matter. I believe that France’s opposition to the election is based on this issue.

France knows that it is not only Assad’s government which resists but there is also the presence of the Hezbollah forces and the support of Russia and Iran. Nonetheless, why does France still insist on the downfall of Assad’s government? Isn’t France worried about the future of its relations with Iran and Russia?

Right now Europe is in conflict with Russia. The interests of France have always contradicted those of Iran and particularly Hezbollah in the Levant where Syria and Lebanon are now located. Thus, it is natural for France to take such a position.

Despite the fact that France no longer enjoys the power it had before and is considered a medium-sized power, it has still maintained its ambitions and it, in particular, is interested in maintaining the areas which are under its influence in different parts of the world including Syria and Lebanon, on one hand, and North Africa and West Africa, on the other. That is why it is interested in continuous interventions. France’s military interventions in different parts of the world such as in Central Africa and Mali and, prior to that, in Libya are the results of this point of view.

Some analysts believe that Germany has been able to change the balance of power in Europe to its own benefit and against France through its powerful economy and also its active presence in Eastern Europe. Is France making attempts to dominate the existing imbalance and increase its role in the sensitive and strategic Middle East region, particularly in Syria and Lebanon?

This issue has existed since years ago. As Germany looks towards the East and expansion towards that area, France looks at the southern Mediterranean region which has always been under its influence. Considering the fact that Germany has been able to hold the economic leadership of Europe with its economic power, France is interested in holding the political leadership. Regarding the strategic importance of the issues which happen in the Middle East and North Africa, France is interested in making the most of its old relations with these regions.

Is it true that France is trying to play an effective role, as an individual country and within the framework of the European Union, in the Middle East region and revive its influence and form the future of the Middle East in order to find a global role in proportion with being a permanent member of the Security Council?

France pursues such an objective but since it does not have its previous power it is not clear whether it will succeed or not. But there is no doubt that France is making efforts to maintain its role in the international equations and its international reputation as a permanent member of the Security Council.

France is confronted with two major challenges in Syria; one, a lack of relations in France’s diplomacy with different layers of Syria’s civil society with the exception of the Christians and the other, its improper relations with the resistance groups such as Hamas and Hezbollah. Now how could France even think about reviving its historical dominance over Syria?

The European Union has always warned and expressed concern about the arming of the terrorist groups. In case of the failure of these forces regardless of France’s support and the survival of Assad’s government, how could Paris justify its conducts in the European Union?

The EU is concerned about the radical groups in Syria finding the upper hand, thus, leading to radicalism and terrorism in the region and inside Europe. Right now, one of the concerns of the European countries is that those Muslims who have been dispatched to Syria from some of the European countries return to their countries of origin and conduct terrorist acts. That is why they intend to contain and limit this dispute and prevent the over-arming of these radical groups.