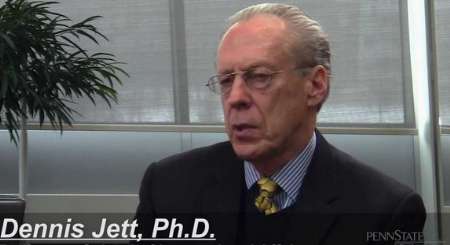 Tehran, May 11, IRNA – Former US diplomat Dennis Jett has said that the Zionist regime will not be able to prevent Iran-G5+1 from reaching a final nuclear agreement.

Speaking to IRNA exclusively, Jett, a retired US Ambassador to Peru and Mozambique, said failure of the lobby of the Zionist regime to encourage US administration to impose further sanctions on Iran and its failure to stop the nuclear talks between Iran and the Group 5+1 have indicated that Israelˈs influence over Washington has been decreased.

Jet, current Professor of International Affairs at Pennsylvania State University, referred to a newly-ended constructive talks held by experts from Iran and the six big powers (US, Britain, Russia, France and China plus Germany) in New York and noted that promising signals coming from the talks have indicated a final agreement is likely to be signed by July 20.

He noted that the administration of President Barak Obama could take advantage of the final nuclear agreement between Tehran and the G5+1 to win the upcoming Congress midterm elections.

Jett said a deep gap exists between Israelˈs AIPAC lobby and President Obama administration regarding the issue of Iran.