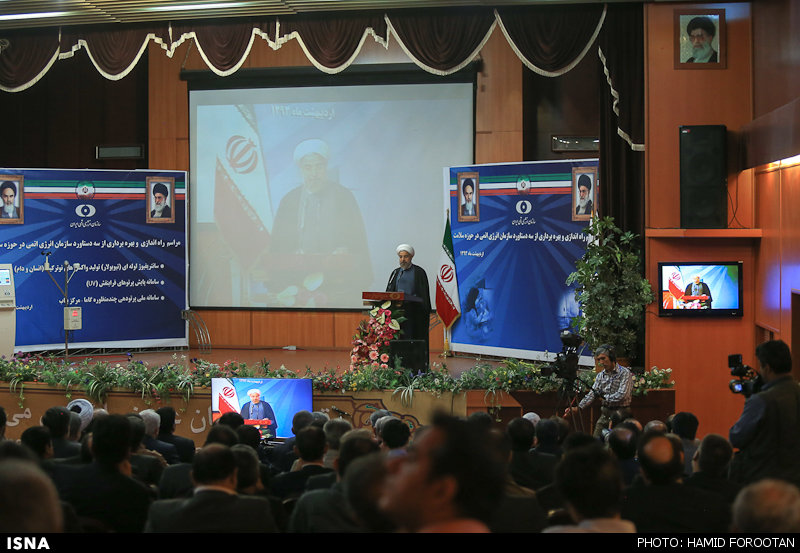 President Hassan Rouhani said here on Sunday that Iran will continue its peaceful nuclear program and will not accept any nuclear discrimination or apartheid.

Representatives of Iran and G5+1 will begin drafting final nuclear deal in the upcoming meeting in Vienna on May 13, Deputy Foreign Minister Abbas Araqchi said on Sunday.

An Iranian deputy oil minister announced on Sunday that the Islamic Republic is not exporting crude oil to North Korea.

The Iranian Army has mounted new guided missiles and rockets on its helicopters, one of which has a range of more than 4 kilometers, a senior commander announced.

Iran to give reciprocal reaction to possible cyber attacks: Official

Iran will give reciprocal reaction to any possible cyber attacks by enemies, Chairman of the Passive Defense Organization of Iran (PDOI) Gholamreza Jalali said on Sunday.

The Iranian team of nuclear negotiators, to be led by Foreign Minister Mohammad Javad Zarif, is set to depart Tehran for Austria’s capital of Vienna on Tuesday to hold a fresh round of talks with the representatives of six world powers, an Iranian top negotiator announced.

A high-ranking Iranian official says the Islamic Republic welcomes further expansion of relations with all the member states of the European Union (EU).