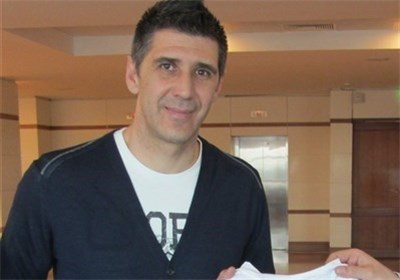 The 46-year-old Serbian coach replaced Argentinean Julio Velasco, who stepped down as coach of Iran in February.

Kovac will be coach of Iran until the 2016 Olympic Games in Rio.

Iran is preparing for the FIVB Volleyball Men’s World Championship, where the Asian powerhouse has been drawn in Pool D along with Italy, Belgium, and France.

“Velasco did a great job in the Iranian volleyball team. We are absolutely going to get the best results with the team. However, we have a difficult task,” Kovac said.

“The Iranian players have great potential. I know it’s a difficult job ahead of us, but I’ve come here to become the first. I don’t like to become runner-up,” the Serb coach added.

Kovac has won the gold medal of the 2000 Summer Olympics in Sydney with the Yugoslavian national volleyball team.