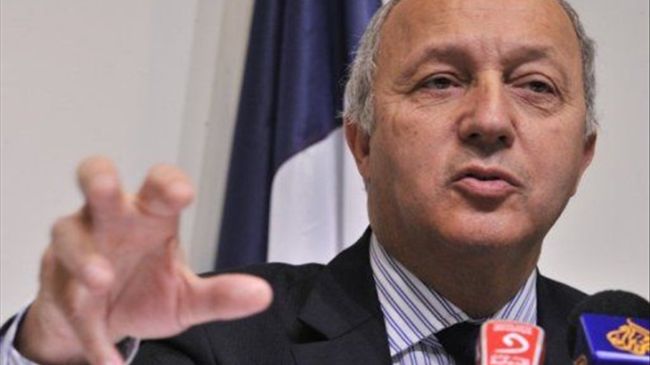 “We cannot accept the annexation [of Crimea] or the fact that Ukraine would be controlled or invaded. On the other hand, we should not go to war with Russia. In between, you have diplomacy and sanctions to exert pressure,” Fabius said in an interview with the newspaper.

French minister added that Ukraine’ presidential election are necessary as the country does not have a legitimate leader.

“If actions are taken [by Russia] to make them impossible or to try and delegitimize them, we shall have to increase sanctions. On the contrary, if efforts are made in that direction, there is no reason [to] enhance [sanctions],” said Fabius, commenting on possible additional sanctions against Moscow.

Answering the question about Europe’s dependence on Russian gas supplies, the minister noted that Iran’s help ‘can be efficient’. Fabius also added that France has not yet made a decision on Mistral helicopter ships deal.