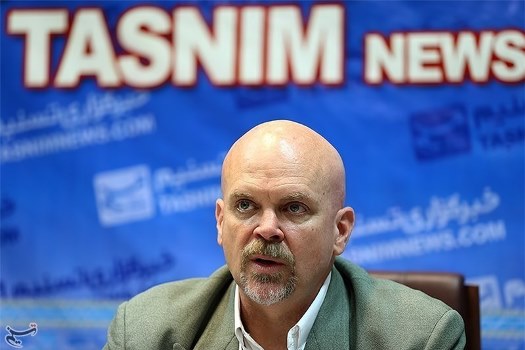 In a visit to the Tasnim News Agency office in Tehran, Garry Lewis said the United Nations office in Iran has mainly focused its activities on helping the country deal with natural disasters.

The UN coordinator added that the global body’s office in Tehran has devised plans to coordinate international assistance in the event of possible earthquakes, but added that the Islamic Republic itself enjoys a high degree of preparedness to encounter such natural phenomena.

Lewis further described as “very good” the readiness of the Iranian Red Crescent Society and also the National Disaster Management Organization of Iran to respond to natural disasters.

He explained that Iran’s refusal to request assistance in the few previous earthquakes, since he took the post of UN coordinator in Tehran, is a testimony to the fact that the Iranian organizations have everything under control.

In relevant comments in October 2013, Lewis had announced that the Islamic Republic enjoys a high capacity to react and respond to natural disasters in a timely manner.

A United Nations Resident Coordinator is the highest United Nations official and the chief of UN diplomatic mission in a country. It confers the same rank as an ambassador of a foreign state. The resident coordinator is the designated representative of the UN secretary general and leader of United Nations Country Team of Agencies such as the UN Children’s Fund (UNICEF), World Health Organization, and World Food Program.