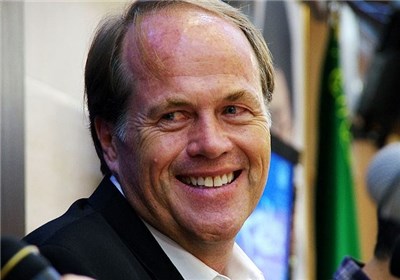 American filmmaker probed at airport upon returning from Iran

In a message posted on his Facebook page, Olivier wrote that all of his belongings were searched by the airport customs and then he was taken by the FBI to a room for questioning.

“I just got back from Iran where I met with investors to produce a feature film about Rachel Corrie that I wrote. On the way out of LAX, I had to go through the naked body scanner and received the full blue glove treatment. On the way back I was detained by Customs who searched all of my belongings and took my wallet and cell phone into another room,” he wrote.

“The FBI took me into a different room and accused me of hiding something. They let me go after I agreed to another interview at a later date. My poor wife was circling the airport while trying to call me. I finally got out of there two hours after I deplaned.”

The former mayor of Bellflower, California, in his Facebook post also drew a contrast between how he was treated at the airport on arriving in Iran and in his home country.

“As a contrast, in Iran I only had to walk through a metal detector even though I am from a country that threatens them with ‘all options on the table,’ including the ‘military component’.”

Art Olivier was the 2000 Libertarian opponent to Dick Cheney for Vice President and was Arnold Schwarzenegger’s 2006 opponent for governor of California. More recently, he is the writer and producer of the award winning 9/11 thriller, “Operation Terror”.