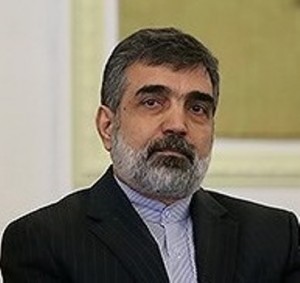 TEHRAN (FNA)- Spokesman of the Atomic Energy Organization of Iran (AEOI) Behrouz Kamalvandi announced that the International Atomic Energy Agency (IAEA) has voiced pleasure with the recent inspection of the country’s nuclear sites.

“During the trip, we had some negotiations with the IAEA inspectors on (the implementation of) the safeguards in Arak (heavy water reactor in Central Iran) and some agreements were also made in this regard,” Kamalvandi told FNA on Saturday.

He stressed that Iran provided the IAEA inspectors with necessary access to the country’s nuclear installations, and that the inspectors have voiced satisfaction with the trend. “We believe that the Islamic Republic of Iran has been successful in clarifying certain cases to remove the ambiguities.”

Kamalvandi said as Iran and the IAEA go ahead with the implementation of their cooperation, the UN nuclear watchdog will report more about Iran’s consistency in complying with its undertakings until all problems and ambiguities are resolved.

He said Iran has asked the IAEA to mention the positive trend in the two sides’ cooperation in its reports, and the UN nuclear watchdog has taken up to do so.

The IAEA team arrived in Tehran Monday morning to meet with senior Iranian nuclear officials and visit the country’s nuclear facilities in accordance to the agreement signed by the IAEA and the AEOI last year.

The IAEA’s inspection of Saghand uranium mine was part of their visit to Iran’s nuclear facilities in Yazd province. Aparo and his team later visited Ardakan Yellowcake production – uranium ore concentrate processing – plant in the same province.

The IAEA inspectors left Tehran for Vienna on Wednesday night.

Iran announced in late January that inspectors of the IAEA had paid a visit to Gachin uranium mine in Southern Iran.

The inspectors of the IAEA also visited Arak heavy water facilities in December.

On February 8, the AEOI and the IAEA released a 7-article MoU on continued cooperation in the future.

1-Providing (the IAEA) with administered access to Yazd’s Saghand Mine and the information agreed by the two sides,

2-Providing (the IAEA) with administered access to Ardakan enrichment facility the information agreed by the two sides,

5-Arranging technical visit to Lashkarabad Laser Center and providing (the IAEA) with the information agreed by the two sides,

6-Providing source material, that has not reached the necessary composition and purity for making fuel or enrichment, including import of such material to Iran and extraction of uranium from phosphate by Iran,

7-Providing information and explanations to the IAEA to evaluate Iran’s statement on the need or application of Electron Bernstein waves (EBW) (new generation of safe fuses).

Two days later on February 10, AEOI Spokesman Behrouz Kamalvandi underlined that inspection of Iran’s military sites was no part of the Tehran 7-Article agreement struck between the AEOI and the IAEA.

“Inspection of Parchin (military site) is not within the framework of these seven steps,” Kamalvandi told reporters in Tehran.