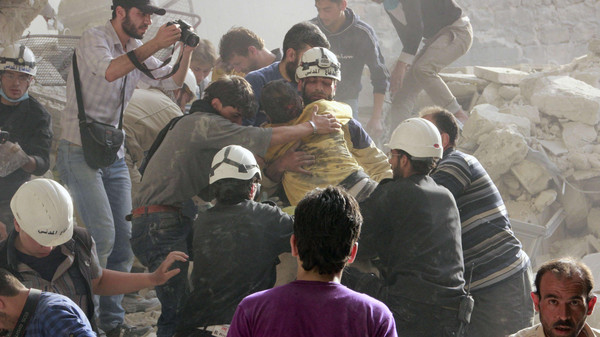 Syrian rebels blew up a hotel used by President Bashar al-Assad’s forces in the northern city of Aleppo on Thursday, destroying the building and causing widespread damage, state media and a monitoring group said.

The rebels detonated explosives in a tunnel underneath the Carlton Hotel, which is situated next to Aleppo’s medieval
citadel, they said.

The Britain-based Syrian Observatory for Human Rights said there were fatalities in the blast but gave no details. State television said the hotel was destroyed and several nearby buildings were damaged.