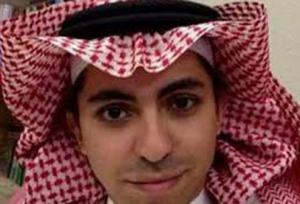 (CNN) — Prominent Saudi activist Raif Badawi on Wednesday was sentenced to 10 years in prison and 1,000 lashes by a Saudi court for insulting Islam, said his wife and a source who followed the case closely.

Badawi had appealed his original 2013 conviction, which carried a sentence of seven years in prison and 600 lashes, for insulting Islam and violating the Kingdom’s anti-cybercrime laws.

That verdict was overturned by an appeals court and a retrial was ordered.

Badawi plans to appeal this new decision, said the source, who wished to remain anonymous.

“This is terrible news and I’m absolutely shocked and devastated by it,” said Badawi’s wife, Ensaf Haider. “How is it possible they could take a sentence that was already so harsh and make it even harsher? Ten years in jail and 1,000 lashes? That’s unimaginable. I’m extremely scared for my husband.”

The judgment also included a 1 million riyal fine, which is equal to about $267,000.

Badawi, a respected rights activist in Saudi Arabia, first got into legal hot water with the Saudi government after starting a liberal website and forum where users could discuss religion.

His trial, guilty verdict, sentence and imprisonment has caused immense outrage among international rights groups like Human Rights Watch and Amnesty International, who accused Saudi authorities of cracking down on activism and attempting to quell dissent in the ultraconservative nation.

Amnesty International called Wednesday’s judgment outrageous and called for the conviction to be overturned.

“He is a prisoner of conscience who is guilty of nothing more than daring to create a public forum for discussion and peacefully exercising the right to freedom of expression.,” said Philip Luther, director of the Middle East and North Africa program at Amnesty International.

In the last few months, the Saudi government has passed a series of very strong anti-terror laws that many rights groups fear will be used, among other things, as a way to quash dissent

Last year, prominent rights and reform activists Mohammed Al-Qahtani and Abdullah Al-Hamid were each sentenced to 10 years in prison.

Badawi’s appeal will be complicated because his attorney and brother-in-law, Waleed Abulkhair, recently was put on trial for undermining the image of the kingdom and breaking allegiance with the King.

Last month, he was detained without explanation during his trial and has been jailed since, according to numerous rights activists and his wife, Samar Badawi.

Samar Badawi said she has spoken to her husband but has not been allowed to see him. His next court hearing is May 28.