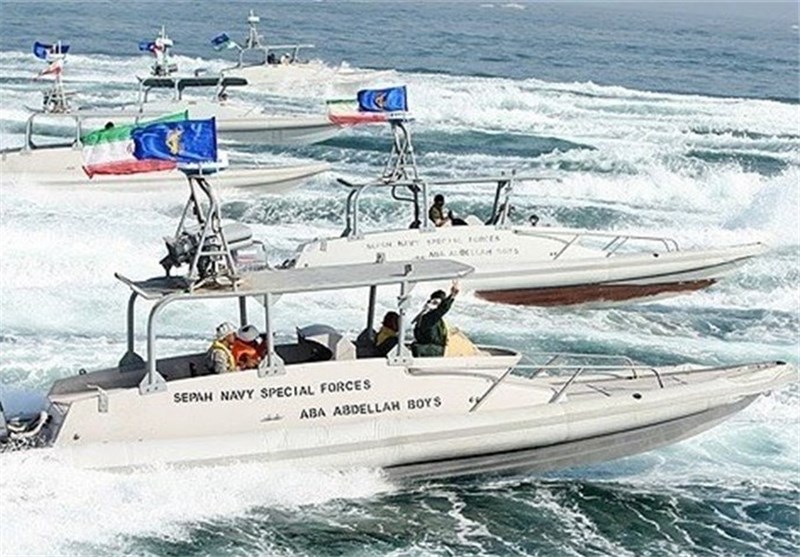 IRGC Navy Commander Rear Admiral Ali Fadavi said on Wednesday that his forces have formulated plans to achieve the speedy boats with the breakneck speed of 80 knots.

“Not any navy in the world has still envisaged the speeds higher than 35 knots,” the commander noted in his address to a national conference on speedy vessels here in Tehran.

Rear Admiral Fadavi made clear that the IRGC Navy is currently in possession of advanced speed boats that move at 60 knots, while the US forces have been able to acquire speedy boats with only the maximum speed of 40 knots.

The commander also explained that the IRGC speedy vessels now in service are equipped with the state-of-the-art military equipment and missiles.

“Today, our vessels have been armed with different missile launchers,” he added.

Reiterating the IRGC Navy’s eye-catching progress in recent years, the commander underlined, “The Americans believe in our power and ability in the sphere of speedy boats. We have seized every opportunity to deepen our naval strength.”

The new plan for acquisition of the advanced high-speed boats comes after Rear Admiral Fadavi announced in April that his forces have equipped the vessels with 10-meter simulators.

“The simulators have been manufactured on a scale of 1 to 1, and we have now mounted them on the Ashura vessels,” the commander explained.

He said the IRGC Navy’s other vessels and speed boats will be equipped with the new product as well.

Unlike the previous types of simulators, the new ones are able to simulate the very real situation on the water, Rear Admiral Fadavi noted.

And earlier in September 2013, the top commander had announced that the US Navy was beginning to shift its strategy of dispatching large warships to the Persian Gulf after Americans realized that their vessels are exposed to the IRGC speed boats.

“They (US vessels) are vulnerable to the IRGC speed boats and sometimes to (marine) mines,” he said at the time.