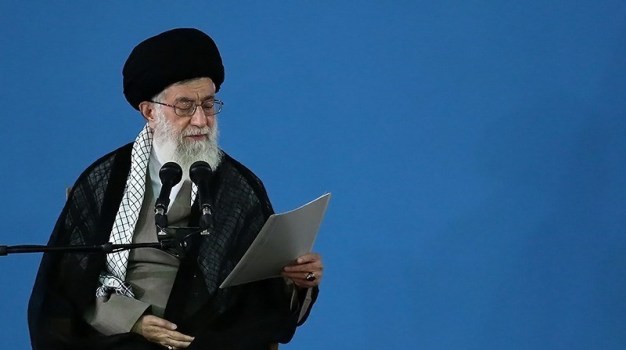 “Any amount of investment in (ministry of) education will, compared to the other organizations, yield multiple results, since this organization (education ministry) is the base and fundamental of the whole current and future progresses of the country,” Ayatollah Khamenei stated in a huge gathering of Iranian teachers here in Tehran on Wednesday.

The Leader also cautioned against the political and factional tendencies in schools and educational centers, and described it as “poison for education.”

Ayatollah Khamenei further called on all officials at the Ministry of Education to pay “serious attention” to a grand plan previously formulated for a fundamental evolution in the public education in Iran.

The Leader explained that implementation of the grand plan requires a “roadmap and operational program” that should be drawn up and carried out step by step.

Ayatollah Khamenei has on different occasions highlighted the significance of education and training as a major factor that would guarantee the country’s progress.

In relevant comments in January, the Leader called on the entire Iranian students in local or foreign universities to put effort into improving their knowledge and throw their weight behind the country’s progress and the Iranian nation’s prosperity.

In a message to the 48th annual meeting of the union of the Islamic associations of Iranian students in Europe, Ayatollah Khamenei had described the Iranian young students all over the world as “valuable plants” that have their roots in Iran.

The Leader also asserted that those Iranians studying abroad, like their peers in the country’s “lively and dynamic” universities, would “make valuable contributions” to the prosperity of their homeland and welfare of the Iranian nation.

Moreover, Ayatollah Khamenei had called on the young Iranian students to have insatiable thirst for high quality knowledge and pay complete attention to the scientific fields they select.