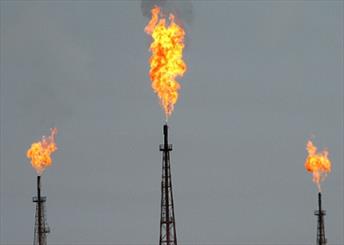 Tehran, May 7, IRNA – Iran is ready to export natural gas to European states including Germany, France and UK via pipeline or in the form of LNG, Deputy Oil Minister for International Affairs Ali Majedi said on Wednesday.

Speaking at a press conference, he noted that the European countries can import Iranˈs natural gas through three separate routes.

Iran can export natural gas to Europe through three different routes including the Turkish pipeline which is considered the most cost-effective under the current circumstances, Majedi added.

He underlined that export of gas to Europe will be a win-win deal as Europe has been looking for new gas suppliers.

The senior official underlined that preparing the ground for gas export to Europe by means of pipelines is time-consuming and Tehran is ready to export gas to Europe in the form of LNG.

Negotiations on the implementation of Iranˈs gas deal with Pakistan and India is underway, he stated.

Majedi said that Iran plans to gradually boost the volume of its oil swap deals with Central Asian countries including Kazakhstan and Turkmenistan.

Iran has the worldˈs second largest natural gas reserves and it is a reliable and long-term partner for Europe as the EU aims to decrease its dependence on Russia due to the ongoing Ukraine crisis.