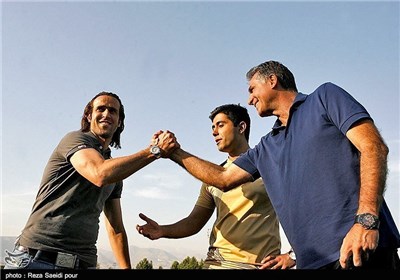 TEHRAN (Tasnim) – Veteran Ali Karimi has been dropped from the Iranian national football team for the 2014 World Cup in Brazil.

Carlos Queiroz has called up 28 players for participating in Iran’s training camp in Austria, which will be held from May 12 to 31.

In the current list, free agent Karimi, who was expected to play for Iran at the World Cup, has not been invited and Rubin Kazan prodigy Sardar Azmoun has been called up to the team.

FIFA has given managers until June 2 to submit their 23-man squad.