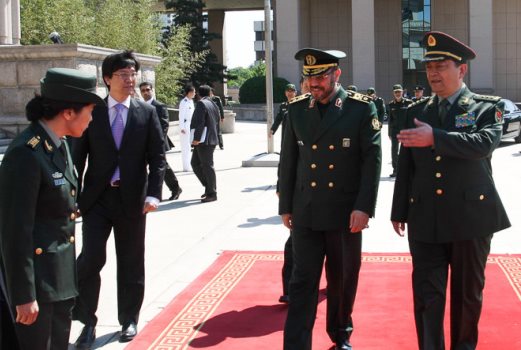 Dehqan paid a visit to the 24th Fighter Division unit of the Chinese Peopleˈs Liberation Army Air Force as well as the 196th Division of Chinese Ground Force.

Chinese Defense Minister Chang Wanquan in a meeting with Dehqan on Monday referred to Iran as his countryˈs strategic partner, saying the two countries will witness close defense cooperation in future.

Dehqan for his part, called for closer ties between the two countries, especifically in the military, defense, and security spheres.

A high-ranking Iranian defense delegation, headed by Dehqan, arrived in Beijing on Sunday at the invitation of the Chinese defense minister.