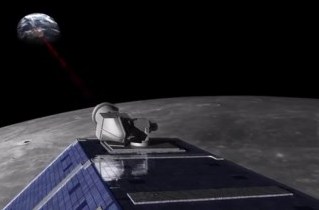 TEHRAN, May 4 (MNA) – The head of Iran’s Aerospace Research Institute has said the country will launch new generation of space explorers, jetting in a higher height comparing to the previous rockets.

Dr Mohammad Ebrahimi told Mehr News that Iran’s Aerospace Research Institute has an orbital and suborbital project to send the living thing to the space; “first we will send the living thing to suborbital space and then with the advancement of the technology, it would be sent orbital space and beyond; our ultimate goal is sending the first man from Iran to the space,” he added.

Ebrahimi said that in current Iranian year the institute had plans to send the new generation of explorers to space and added that like the new explorers, they are not cylindrical, but like world standard explorers.

He held that to reach the capability to send a man to the space first we should send an object up to 150 to 200 Km height suborbital space and then, “we should send this object to space to the orbit of 250 Km around the earth, both plans need a carrier to provide the energy needed for the object’s movement.

He maintained that this was the 1st time of such jetting so they would not choose a complicated live creature like monkey; instead an object would be preferred.