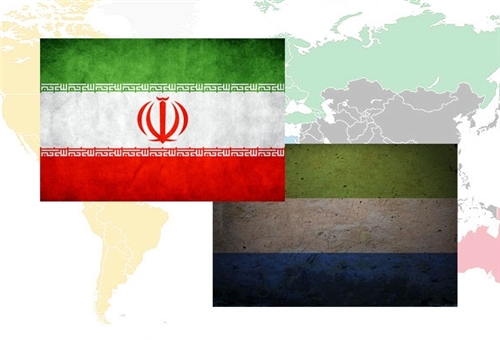 TEHRAN (FNA)- Sierra Leonean President Ernest Bai Koroma announced that he plans to pay an official visit to Iran in the near future.

President Koroma made the announcement during a meeting with the members of the Follow-Up Committee of Iran-Sierra Leone Relations in Freetown on Saturday.

The Sierra Leone’s president pointed to his country’s economic projects, and said, “Sierra Leone’s doors are open to Iran and it is ready to cede different projects to Iranian companies due to their high capacities and capabilities.”

President Koroma noted that he will visit Tehran at the earliest.

During the meeting, Head of the Follow-Up Committee of Iran-Sierra Leone Relations Khosravinejad, for his part, pointed to the status quo in Iran-Sierra Leone relations, and said, “Iran has many capacities and capabilities that can be utilized for Sierra Leone’s development.”

In early February, Iran and Sierra Leone voiced their willingness to do their best to pave the ground for the further expansion of their all-out ties.

In a meeting between Iranian President’s Chief of Staff Mohammad Nahavandiyan and Sierra Leonean president’s special envoy in Tehran Franklyn Bai Kargbo, the pair underlined the need for the further expansion of bilateral ties between the two friendly nations.

During the meeting, Nahavandiyan pointed to Africa’s status in Iran’s foreign diplomacy, and expressed the hope that Iran’s relations with Africa would witness further progress in all domains.

The Sierra Leonean envoy, for his part, called for the participation of Iranian companies in Sierra Leone’s development projects, especially in the energy and housing sectors.

A high-ranking delegation from Sierra Leon headed by the country’s Justice Minister visited Iran in early February to study new way for consolidating mutual cooperation between Tehran and Freetown.

Sierra Leone, with a population of six million, is a country in Western Africa and its capital city is Freetown. The official language of Sierra Leone is English.