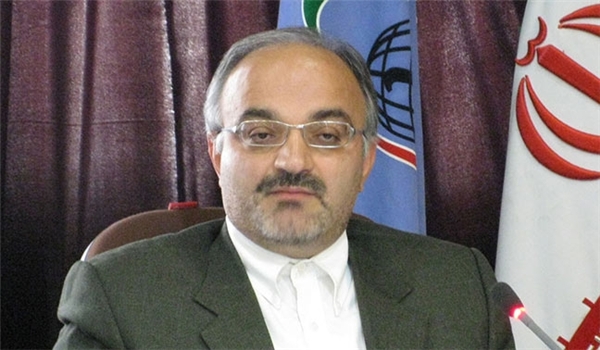 Official: Iran pays back all installments of World Bank loans

Iran pays off all its debts to World Bank

Iran has already paid off all its debts to World Bank, Deputy Minister of Economic Affairs and Finance Behrouz Alishiri said on Saturday.

Senior lawmaker: Iran not to dismantle or even negotiate on ballistic missiles

Tehran has not and will not allow its missile program become an agenda of its nuclear talks with the six world powers (the US, Russia, China, Britain and France plus Germany) and it won’t dismantle its ballistic missile batteries, a senior national security and foreign policy official underlined on Saturday.

Iranian playwright and stage director Amir Reza Kouhestani’s creation Timeloss is slated to go on stage in Germany and Belgium.

German banks seeking to set up branch in Iran

A German trade delegation visiting Iran has shown interest in banking cooperation and proposed setting up bank branches in the country.

Powers (P5+1) have reportedly agreed that Iran may keep Arak heavy water complex open if it redesigns the complex.

Talks about Iran’s nuclear issue in good faith: US

The United States says there is a “sense of realism” about the negotiations between Iran and the P5+1 over Tehran’s nuclear energy program, stressing the sides are holding talks in good faith.

Oil Minister Bijan Namdar Zanganeh said Iran is ready to play its role in the European market by exporting gas both via pipelines and the liquefied natural gas (LNG ).

Sierra Leonean President Ernest Bai Koroma announced that he plans to pay an official visit to Iran in the near future.