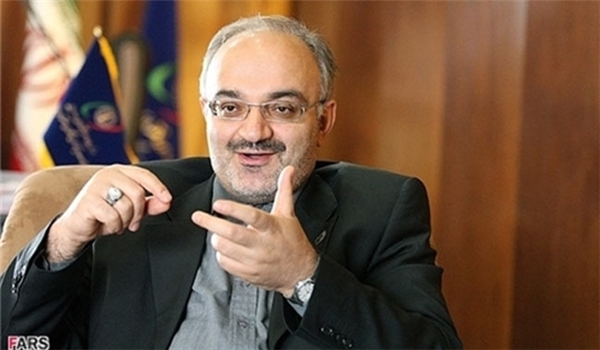 German banks seeking to set up branch in Iran

TEHRAN (FNA)- A German trade delegation visiting Iran has shown interest in banking cooperation and proposed setting up bank branches in the country.

“There are no restrictions for the establishment of German banks in the form of office, branch or even setting up an independent bank in Iran,” Iranian Deputy Economy Minister Behrouz Alishiri said in a meeting with a visiting delegation from the German Chamber of Commerce and responding to a question by the delegation on the required conditions for setting up German bank branches in Iran.

Alishiri said applicants can submit their requests and proposals to the Central Bank of Iran, and then “establishment of the bank can take place under the auspices of Iran’s Investment Law”.

“Foreign investors face no restriction for investment in Iran and foreigners, just like Iranians, can invest in all permissible areas and economic projects,” Alishiri said.

Germany is an important trade partner of Iran. Berlin has long been ignoring the US-led sanctions against Iran.

Iran and Germany have tried to expand their bilateral relations in recent years through reciprocal visits by the two countries’ officials.