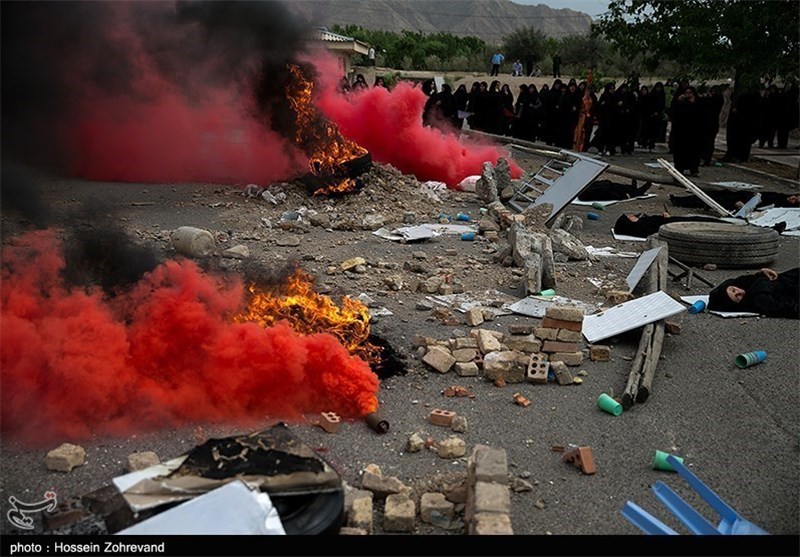 23 rapid reaction battalions of women Basij members participated in the drills held in 23 operational spots in the city.

The exercises were aimed at enhancing the level of preparedness of female forces for helping those injured in bombings, missile attacks and natural disasters.

The Basij is a paramilitary volunteer force established in 1979 on the Late Founder of the Islamic Republic Imam Khomeini’s order.

The force consists of often young Iranians, who have volunteered, with a strong sense of fidelity to both the Islamic system and the religious beliefs.