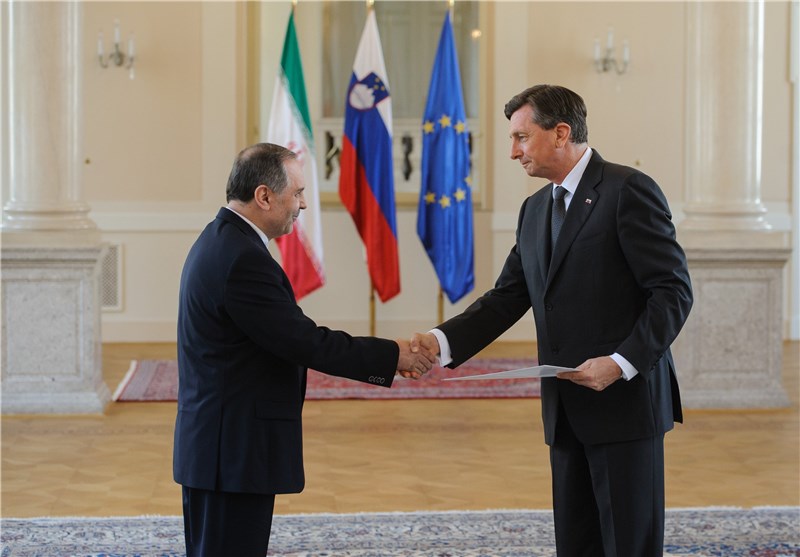 Slovenia hails Iran as center of stability in region

WASHINGTON (AP) — Senate Republicans on Wednesday slammed President Barack Obama’s response to Russian aggression as timid and insufficient, and offered an alternative that would impose sanctions on banking and energy sectors and provide weapons to Ukraine.

In an election-year broadside against administration policy, eight Republicans led by GOP Leader Mitch McConnell unveiled a package of penalties on Russians, assistance for NATO and exportation of U.S. natural gas. The senators said they hoped to secure Democratic support and, at a minimum, force the White House to develop a cohesive strategy rather than its ad hoc response.

“Without being overly partisan,” McConnell, who faces re-election this year, said of the administration, “I’m deeply disappointed with the tepid response to Russian aggression.”

The U.S. and the European Union imposed new sanctions against government officials in Moscow and some businesses this week, the latest round of penalties in response to Russia’s annexation of Crimea and the increasing unrest in eastern Ukraine.

In the latest development, Ukraine’s acting president, Oleksandr Turchynov, said the country’s police and security forces are helpless to quell unrest in two eastern regions bordering Russia, and in some cases are cooperating with pro-Russian gunmen who have seized government buildings and taken hostages.

Russia has been emboldened, placing tens of thousands of troops near the border with Ukraine and increasing fears in Ukraine of an invasion.

“What Russia has done violates not just Ukrainian sovereignty but the fundamental principle that European borders cannot, will not be changed through political intimidation or military force,” Vice President Joe Biden said in a speech Wednesday at the Atlantic Council.

At a Capitol Hill news conference, McConnell, Sen. Bob Corker, the top Republican on the Foreign Relations Committee, and a half dozen other Republicans assailed Obama’s response, casting it as ineffective as his Syria and Libya strategies.

“The president has an uncanny ability of underestimating every crisis and being late,” said Sen. Lindsey Graham, R-S.C.

A day earlier, Treasury Secretary Jack Lew defended the administration and EU sanctions, saying there had been “quite a substantial deterioration in the Russian economy.”

The Senate GOP legislation would accelerate work on a missile defense system in Europe and provide missile defense support to NATO allies, impose penalties on four Russian banks, energy monopolies such as Gazprom and the Russian arms dealer, Rosoboronexport. It would provide $100 million of direct military aid to Ukraine, including anti-tank and anti-aircraft weapons and small arms.

The bill also calls for all senior Russian officials and their companies to be cut off from the world financial system if Russia makes any further military incursion into Ukraine. Russian banks would be blacklisted from the U.S. financial system.

Given Russia’s deep integration into international markets, implementing those sanctions could mean severe costs for the global economy. Many European countries would balk at U.S. attempts to set up a worldwide embargo of Russia’s economy akin to one currently in place against Iran.

Sen. John McCain, R-Ariz., lashed out at Obama’s criticism that the GOP effort was tantamount to U.S. military action.

“Intellectually dishonest,” McCain said, adding: “We can’t wait for our European friends. We need to lead.”

In a preview, Corker said on the Senate floor that Obama’s policies are creating dangers for U.S. citizens and amount to nothing more than rhetoric.

Republicans said they had 19 GOP senators backing the legislation. No Democrats have joined the effort.