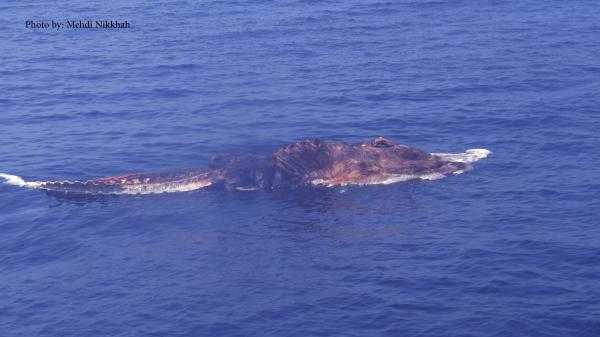 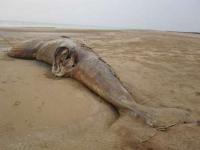 The carcass of a rare whale has washed up on the coast of Deylam in Bushehr Province.

The head of the Department of the Environment in the region said the 14-metre-long whale washed up near Lilitin village, IRNA reports.

The injuries on the body of the water mammal indicate that it had collided with sea vessels in the Persian Gulf, Mohammad Tolideh told IRNA.

According to the report, the whale is of a tropical species known as the Bryde whale and is very rare in Persian Gulf waters.

Tolideh added that Persian Gulf coasts are not usually on the migration routes of these whales; however, sometimes a rare one might be seen there in search of food.